A downloadable game for Windows

Femida is out on steam: https://store.steampowered.com/app/1167640/Femida/

This is a beta version of the first 3 crime cases in the game. Not a complete game, just a demo of a little portion. We invite you to participate in the development by suggesting questions for the trials,  or anything else you consider a useful advice.

Femida - a nonlinear point-and-click indie game about justice where you play the role of a judge. Story-driven decision-based detective game where your choices shape an entire State.

The videogame is set in a dystopic world of the State. The State has recently undergone a violent revolution and rapidly restructures. In a year, it transitioned from a totalitarian regime and now struggles to establish a republic. Provisional Government lustrated most of the public servants so capital needs fresh blood. You win the Labor Lottery to work at Metropolis(pretend you read these names for the first time), capital of the State. The hero, Daemon Mardoch, accepts the summon leaving countryside life with his wife and kids back in the Town. The transfer to Metropolis promises a fulfilling job, good money, and many opportunities. You were born there, your mother still resides in the capital and works for the government. But it's not the only reason you accepted the offer. Your father disappeared during the revolution and his fate is still unknown to this day.

The game has 2 layers: your job as a judge and your personal investigation into what happened to your father. This demo presents only the job layer.

This is not a complete simulation of what a judge's job is. It fictionalized distillation of it. We didn't aim for realism, we want you to have fun doing it. Job puts you in a loop:

1) You are briefed about the case by police - you give warrants. Underfunded and corrupt police of the State struggles to investigate.

2) You review the results of the investigation: profiles, forensics conclusions, evidence. Then you connect the dots. Some groups might try to intimidate you, the public might try to sway you.

3) Trial starts and you ask questions based on your conclusions. You update your judgment and determine a sentence or proclaim the person innocent. If chaos doesn't break loose during the session, of course.

4) Newspapers from all of political spectrum report on your decisions. Characters react to them. You get the consequences.

We blocked the story content the demo features only core gameplay. 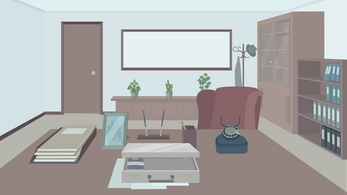 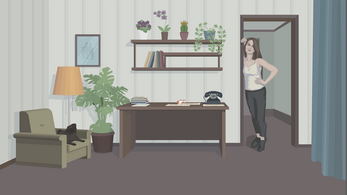 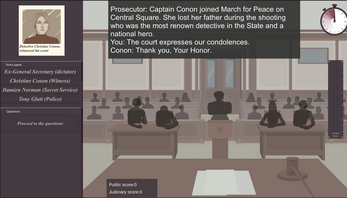 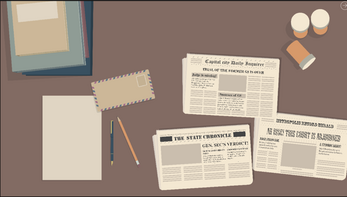